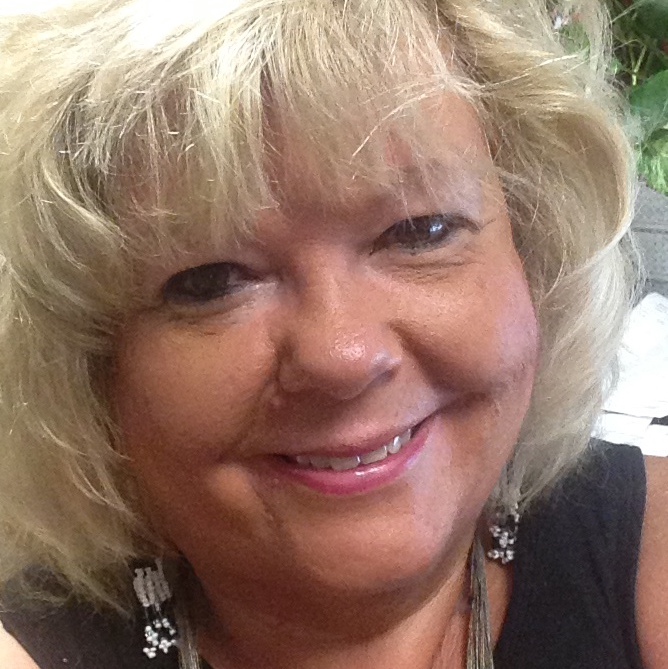 Junann is President of the NAAAP-KC. She has worked at Hallmark Cards for 19 years, and is currently a Senior Credit Representative. She is the Vice Chair of the Asian American Resource Community at Hallmark, (AARCH). Through Hallmark’s volunteer program she has contributed to the community in a variety of organizations. She was lead for the Finance Division United Way Campaign, Special Olympics committee member, organized the first Disc Golf Fundraiser for Heartland MS Society, and judges debate and forensics tournaments for Basehor Linwood High School. Junann also volunteers for the Japanese Festival, Harvesters, Salvation Army, Headquarters Counseling Center, Friends of the Zoo, Christmas in October, Karios, Guadalupe Center and multiple church gatherings. 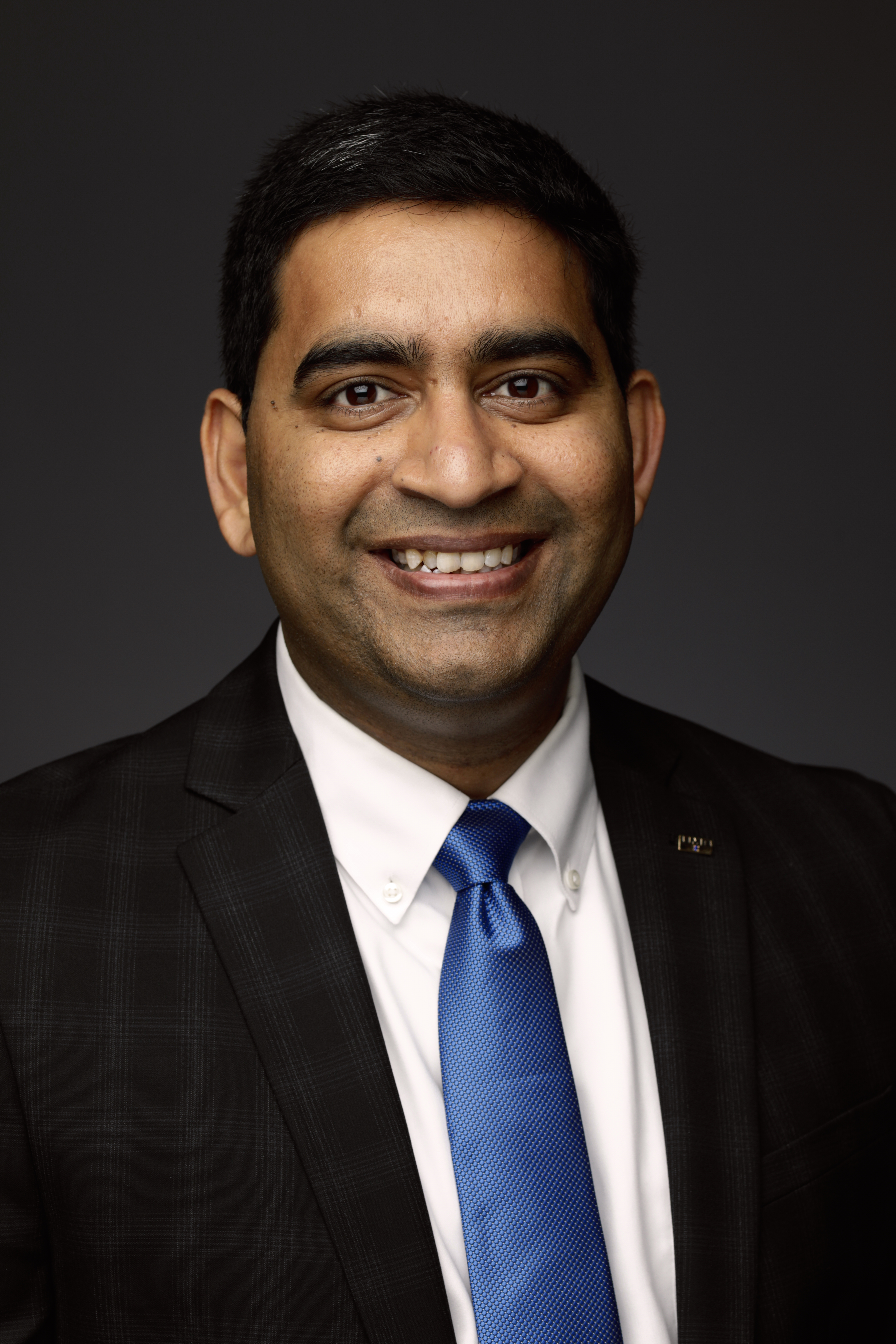 Ashok Meka is from South India and came to the USA to pursue higher education. Ashok earned a Masters degree from the Northeastern University (2005) and an MBA from the University of Kansas in 2017. Ashok is currently working for UMB Bank as a Vice President, Business Data Analytics. Ashok is a steering committee member of the UMB Bank's Asian American BRG. 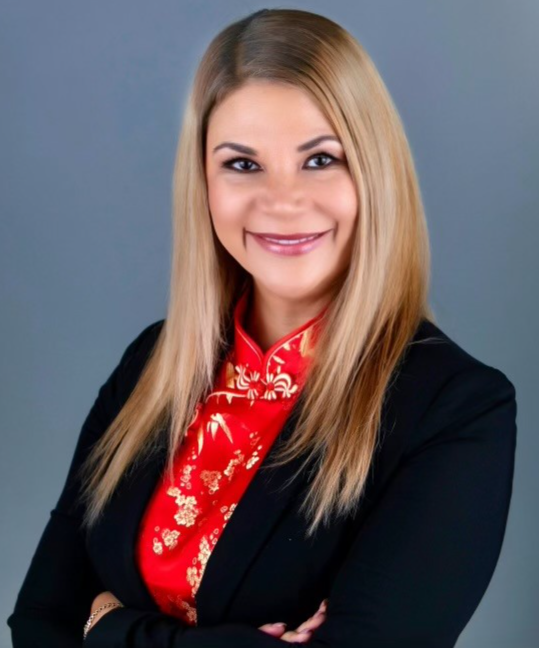 There are very few Asian woman bankers in senior leadership roles. I am the first Asian female appointed to the Community Bank Advisory Council with the Consumer Financial Protection Bureau. I hope that my accomplishments inspire young Asian women. I’m also an Ambassador for United WE, I serve on the Board for Downtown Shareholders of Kansas City Kansas and the Financial Review Board for the Empower Minority Loan Fund with the Wyandotte County Economic Development Council, Advisory Board for the Academy of Finance with Bishop Ward High School along with this board position. 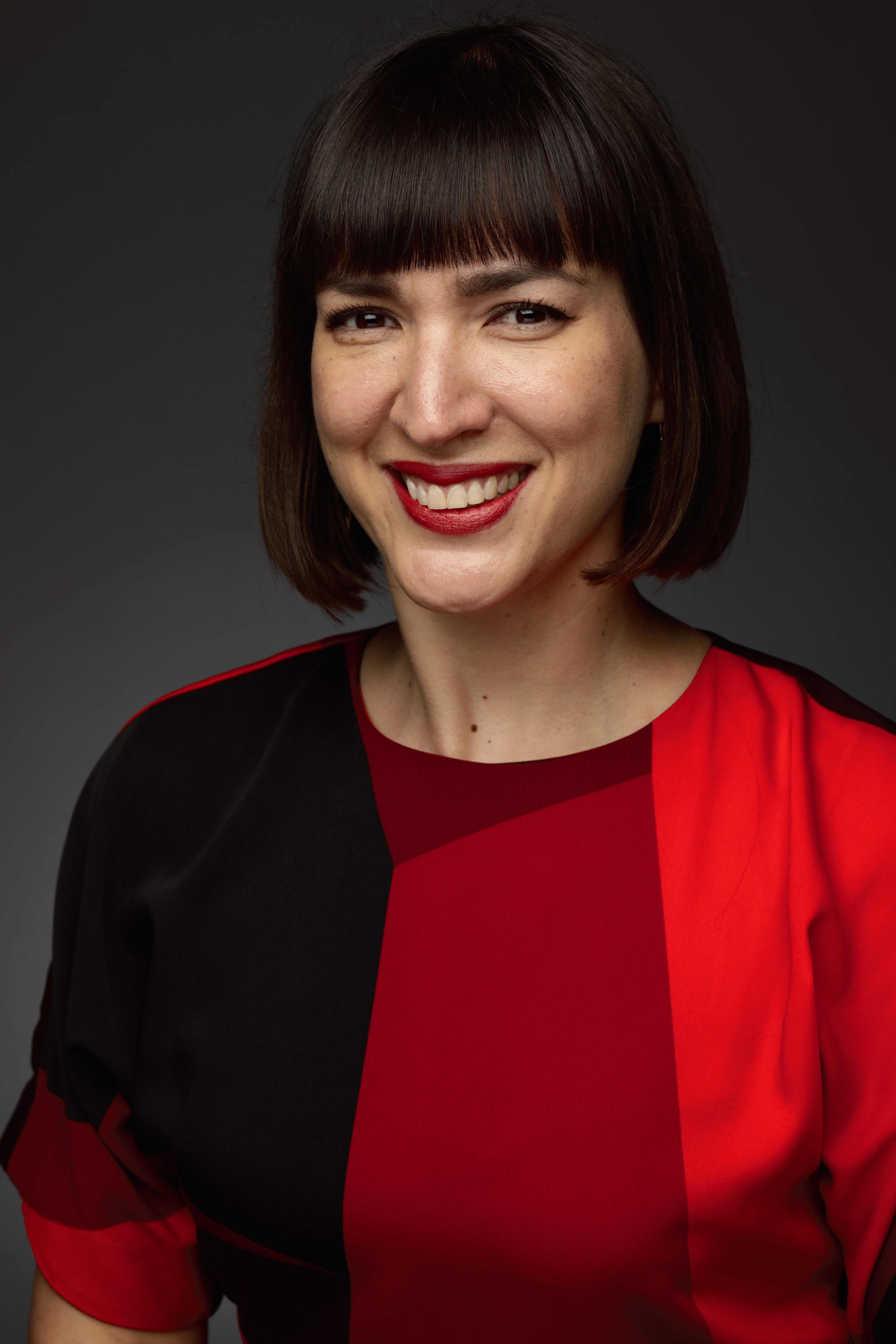 As a public health professional, I use data-driven evidence to inform actionable programs that improve the health of people and communities. I am committed to advancing diversity and inclusion in my career and communities, working as an advocate and ally for racial and gender equity and LGBTQIA issues.  I’m a science nerd and social butterfly who enjoys connecting people and projects that align with one another. 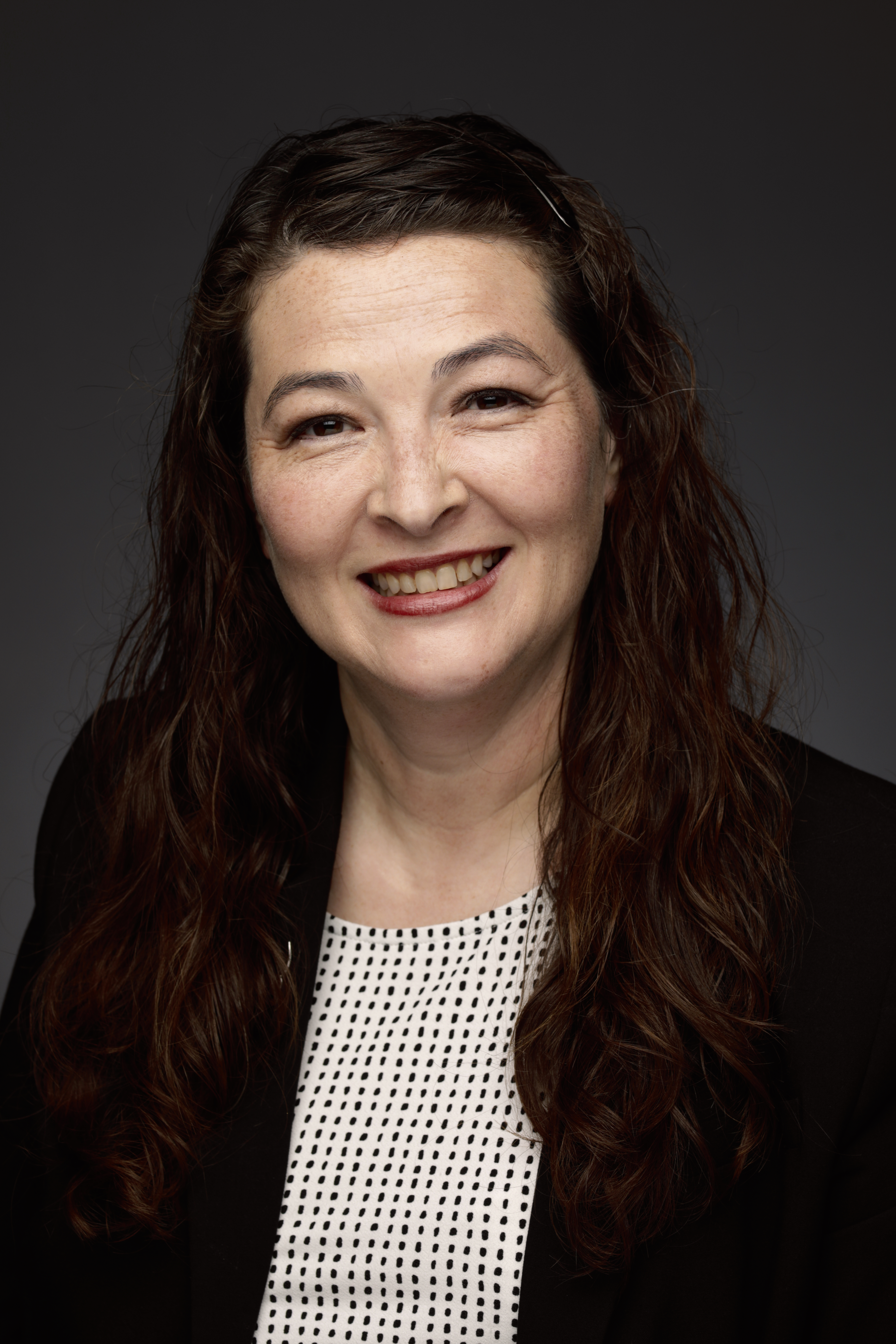 Director of Community Service and Outreach 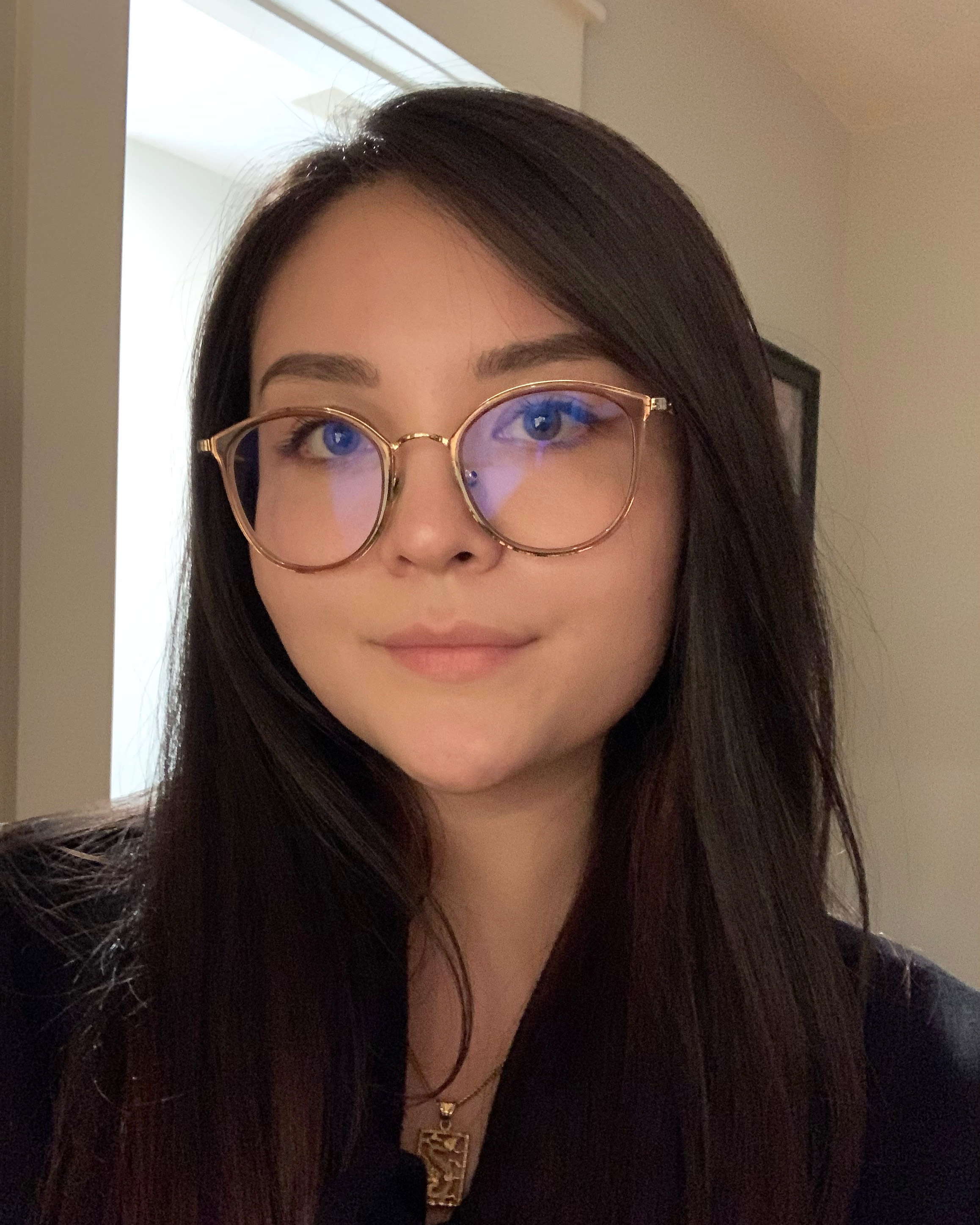 Zetta Hamersley, Executive Administrator and Board Liaison, joined ArtsKC in May of 2021. She supports the President & CEO’s initiatives, which currently include public policy and advocacy; diversity, equity, and inclusion; and other community-related work.  She handles all board member and committee member logistics, attends all of the committee meetings to maintain a high-level understanding and scope of how the whole organization is functioning in order to give support to how the executive team moves forward. She also assists the Human Resources team in the hiring process.

Zetta earned her Bachelors of Arts in Political Science from Fort Hays State University. Prior to ArtsKC, she volunteered with and organized various political campaigns throughout Missouri and Kansas for local candidates, conducted research on the judicial relationship with reproductive rights, and served as a research assistant for Author Jeff Guinn. She currently is a board member of the National Association of Asian American Professionals- Kansas City and the Secretary of the NKC Equity and Inclusion Committee. 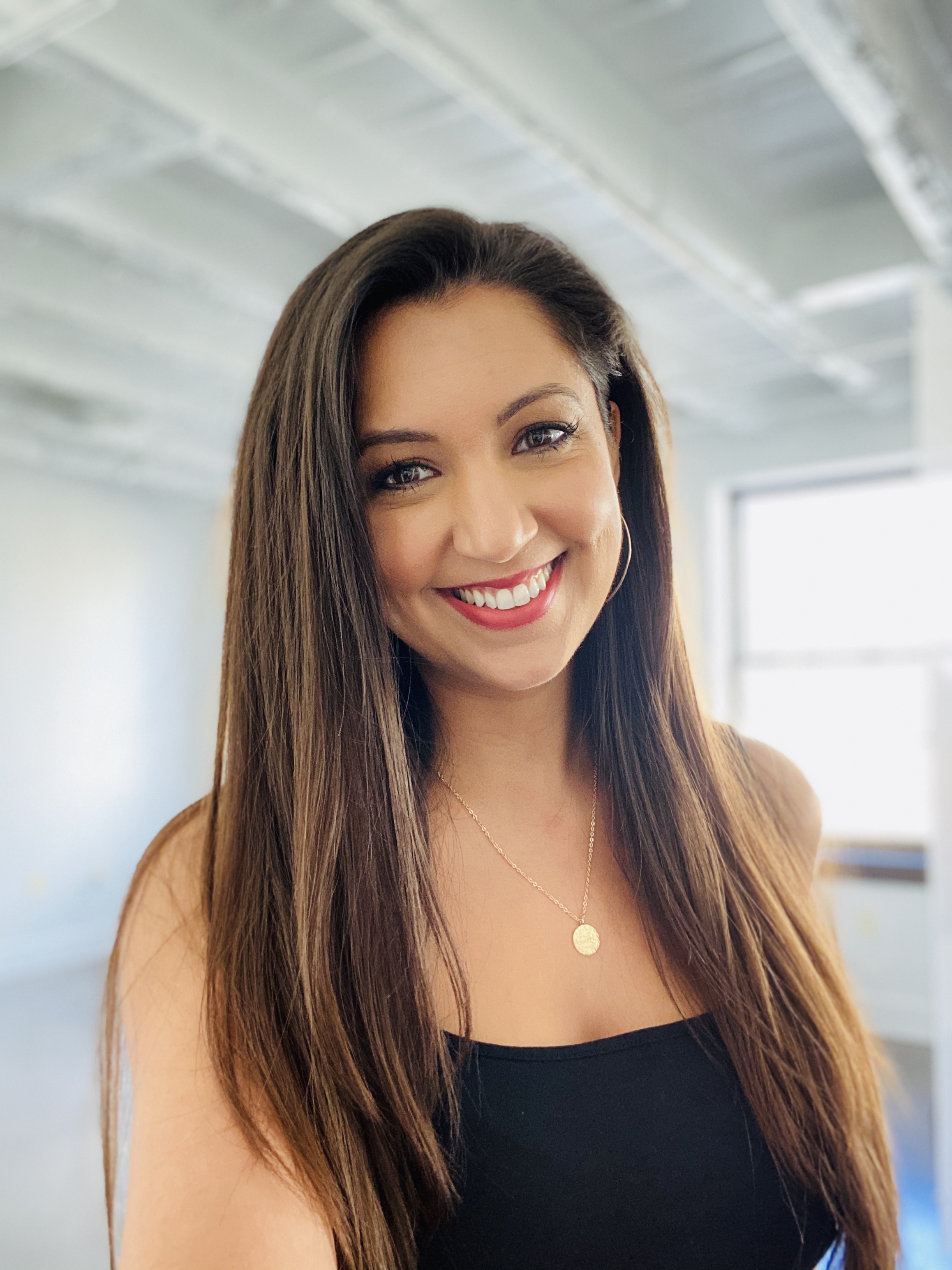 Shivani recently transitioned into the role of Business Development with Smart Info Technologies, a local technology solutions company, where she focuses on selling SmartSCM, their logistics product offerings.  She received her undergraduate degree from the University of Kansas and completed her MBA from University of Kansas City Missouri in 2019.

Though born in India and raised in the UK, Shivani has called Kansas City her home for the past 20 years and currently resides in the Crossroads area with her husband. She is passionate about elevating the voices of women and minorities and is actively involved with the Junior League of Kansas City Missouri, UnitedWE and The National Association of Asian American Professionals (NAAAP). In her spare time, she enjoys being active, reading and managing her travel blog, The Beyond Borders Collective. 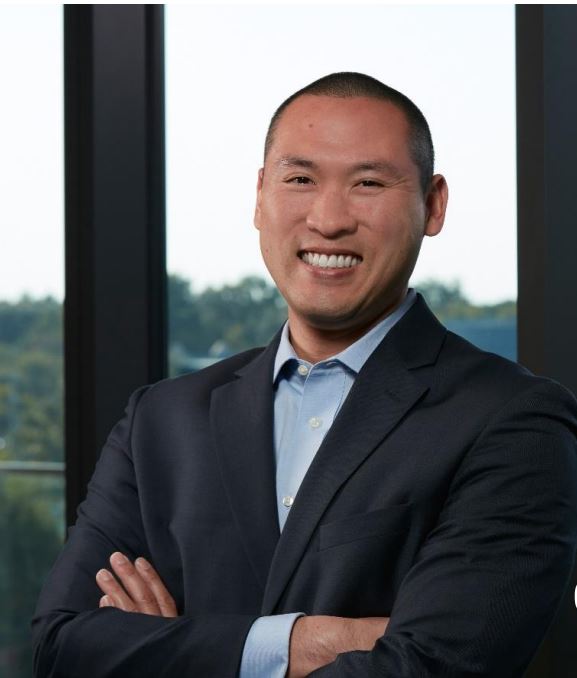 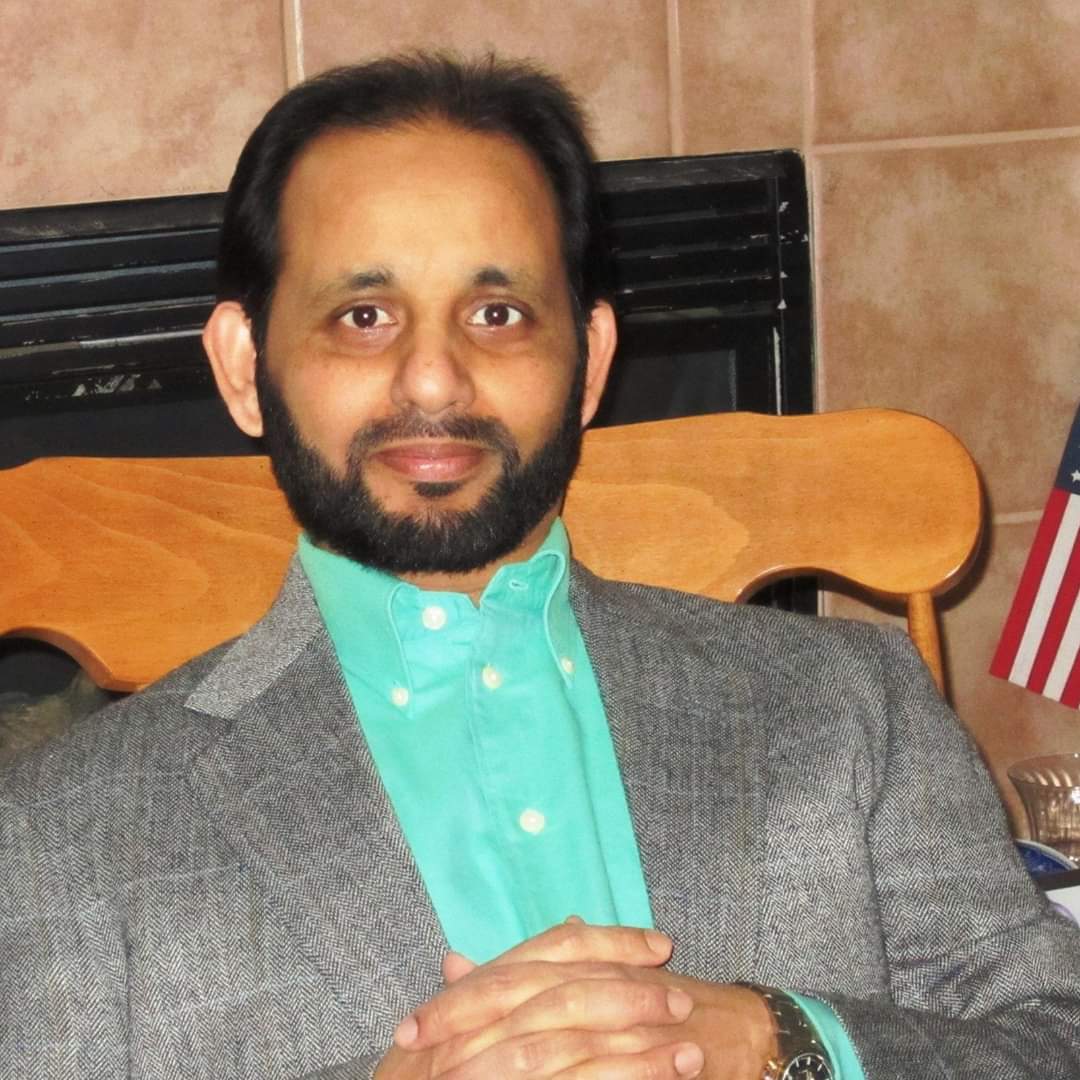 Shah is a senior software engineer at Hallmark Cards.   He is a Java/Android developer and web/app server administrator. Shah interned with Sprint and Missouri Lottery and joined Hallmark out of college in 1998.

Shah received undergraduate degrees in CIS and Accounting and M.S.I.T. degree in Software Engineering from the University of Central Missouri (UCM) and briefly taught programming at UCM.

Shah is one of the founding members of the Asian American ERG called AARCH at Hallmark and is the chair of the group for 2020.  He is also involved with the Hallmark IT diversity and inclusion council and serves as its communications lead.

Shah is a founding member of the Bangladesh Association of Greater Kansas City (BAGKC) and performed various roles in its board over the years. He is also involved with various non-profit organizations in the greater KC area.

Shah was an undergraduate honors student for English Literature in Bangladesh and was involved in the pro-democratic movement of the late 80s. He had studied many literary figures of the major languages of the world.

Shah lives with his wife (also an English major!) and daughter in Liberty, Missouri. His daughter is an undergraduate at MU, studying Chemical and Nuclear Engineering.  His family is split in 3 countries in 3 different continents: Bangladesh, England, and the USA. 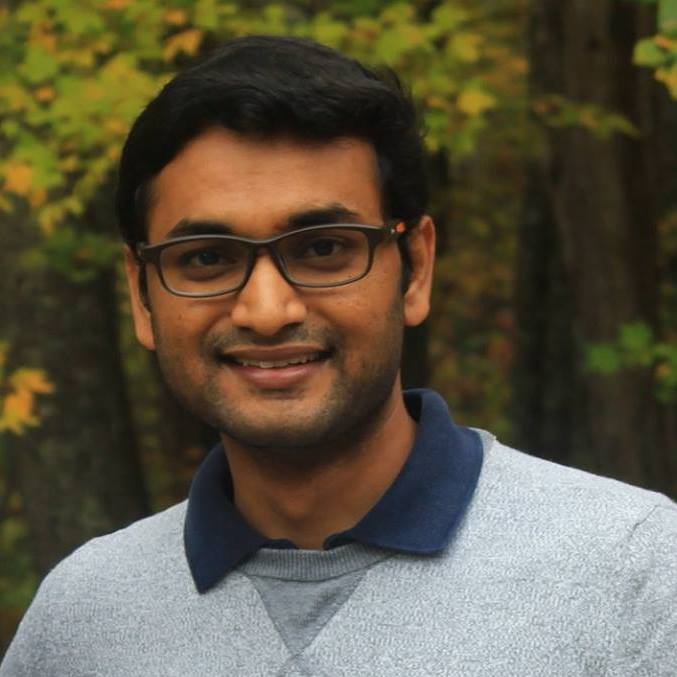 Srinivasan Nambi is a Digital Solutions Manager at Hallmark Digital Experience & Technology providing  consumer facing omni-channel digital solutions for the Seamless Retail of the Hallmark Gold Crown store network across North America. Previously he was in Charlotte, NC for 7 years serving as a consultant through Infosys for Bank of America on various roles in Mobile App Development & technical project management in mobility. Prior to that, he helped build & support eCommerce sites for different countries & markets of Avon Products based out of New York.

Srini has a bachelor’s degree from Birla Institute of Technology & Science, Pilani (India). He started his career as a Software Engineer and has worked across several major cities in India.  Srini came to United States in 2007 for work as a tech-consultant & has made US his home for almost 12 years now. He moved to Kansas City in 2017 to work for Hallmark and is excited to be a board member of NAAAP KC chapter. He is also an active member of AARCH – Asian American Resource Group within Hallmark and an ally of HERE – resource group supporting LGBTA community within Hallmark. While at Infosys, he served as an executive member of VoY(Voice of Youth) and an advocate of [email protected] He is passionate about leveraging technology to make a purposeful difference in the lives of people. During his free time, Srini likes reading, running, yoga and travelling with his family and friends. 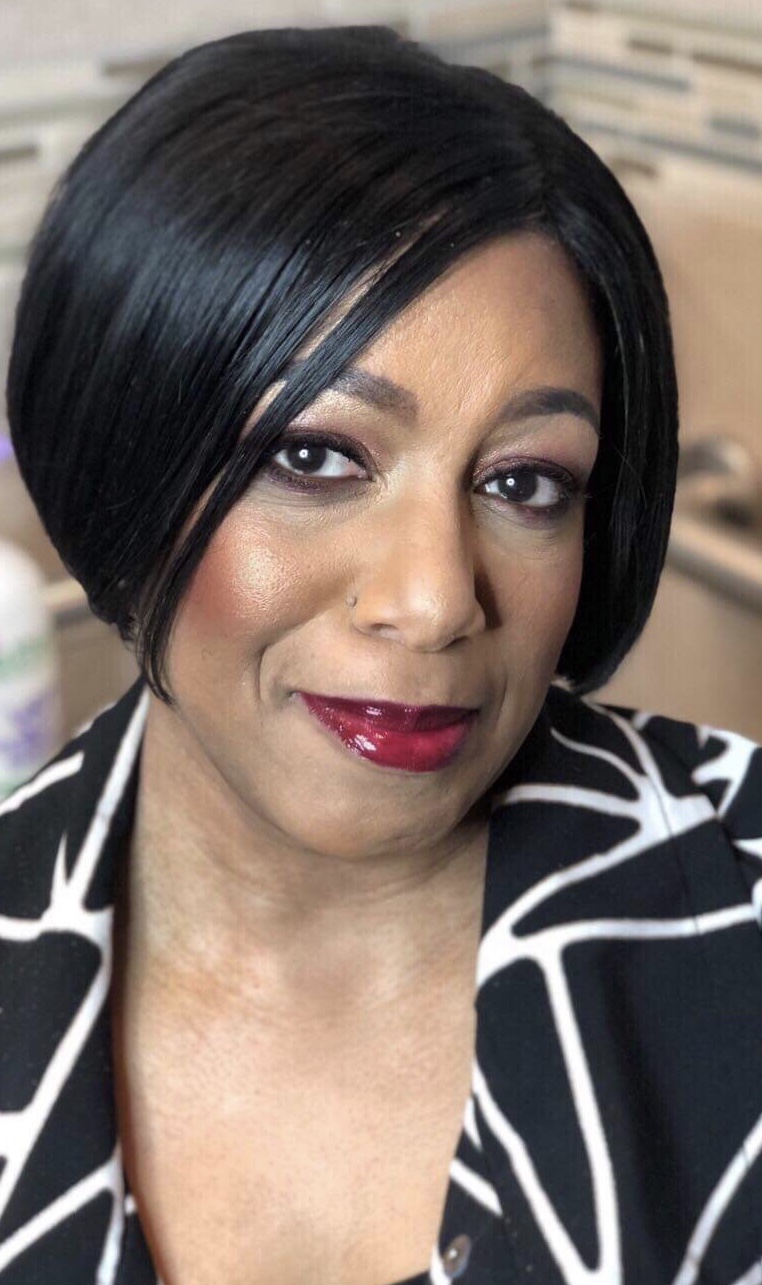 Dr. Andrea Hendricks, as the Senior Executive Director of Diversity, Inclusion Strategy, leads Cerner’s global diversity and inclusion efforts in over 30 countries and the US. She is making an impact on Cerner’s culture by driving strategy and engagement initiatives that foster organizational learning and enhanced corporate diversity and inclusion vision for Cerner associates, leadership and community collaborative partners. Prior to joining Cerner, She was the AVP of HR and Deputy Director of Diversity at the Federal Reserve Bank of Kansas City and SVP of Diversity at UMB Financial Corporation. Hendricks is a graduate of Kansas State University where she earned a Bachelor of Science in Human Development Psychology and Mass Communications and a Master of Science in Student Counseling Psychology and Personnel Services. She also earned a Doctorate in Educational Psychology and Policy Analysis from the University of Missouri -Columbia. She also has received a Certificate in Diversity Leadership. Recently, she became an author of a new diversity and inclusion book titled: The BIG Journey: Bold Inclusion for Greatness. As an active citizen in the Kansas City community, Hendricks participates in numerous professional and community organizations. 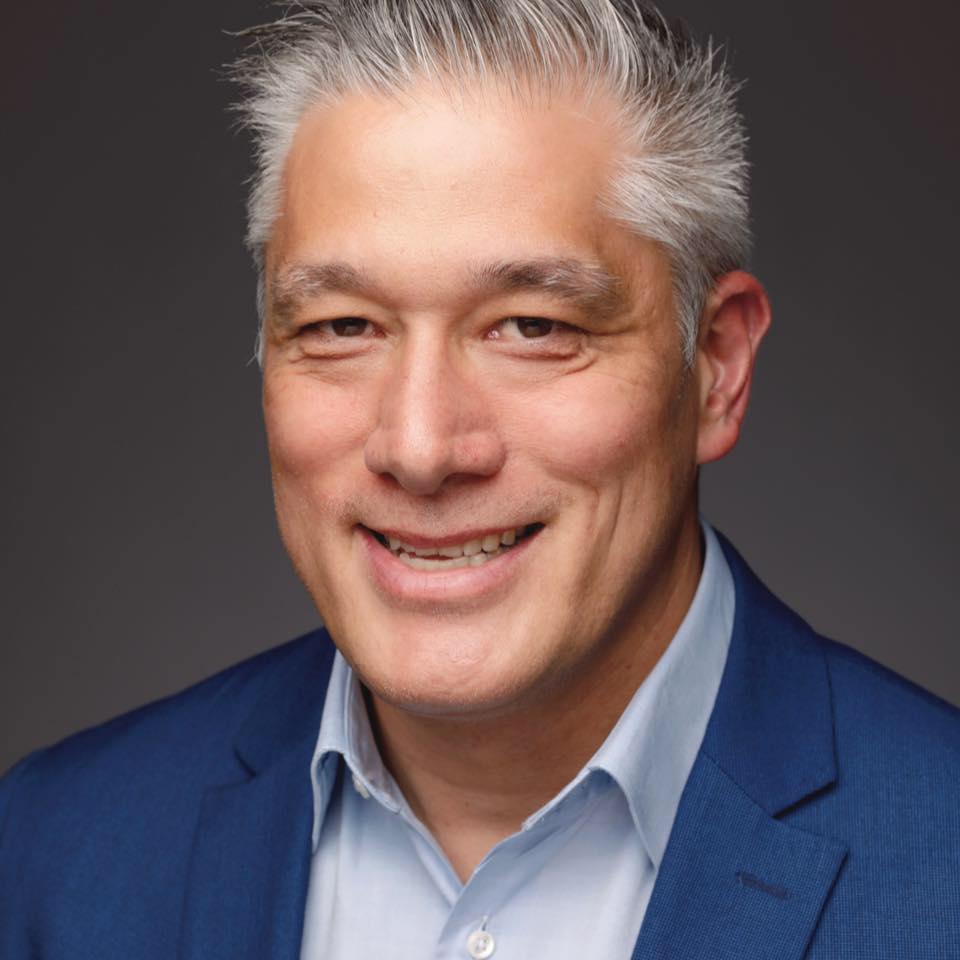 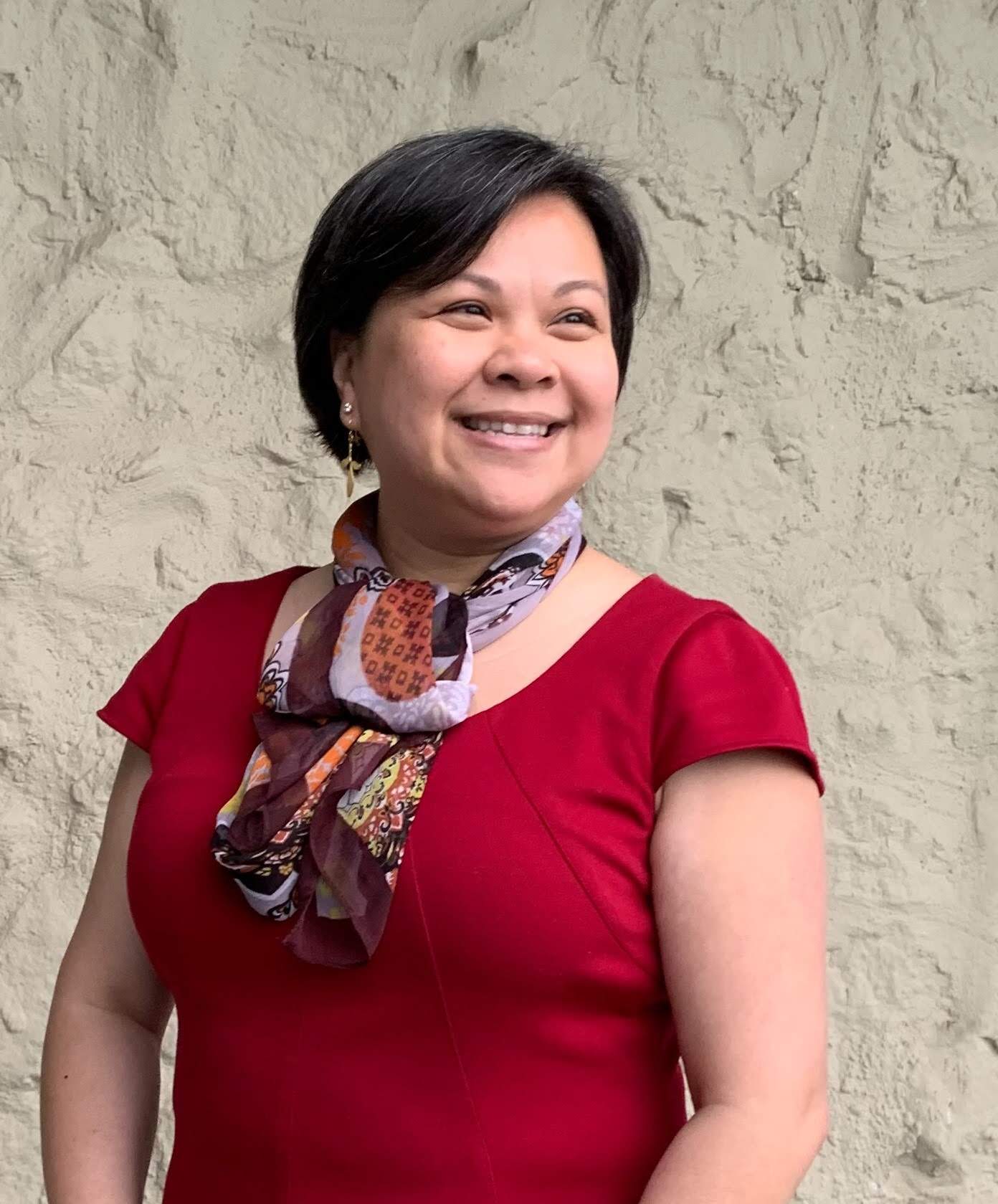 Hoang-Anh L. Tran is Chief of Staff for the Administrative Pillar at UMB Financial Corporation. She is responsible for project management supporting the successful integration of strategic organizational initiatives, processes, and communication strategies throughout UMB's Administrative pillar in partnership with Administrative leadership. Prior to her arrival at UMB in 2015, Hoang-Anh served as Assistant Chancellor and Chief of Staff at Syracuse University, providing critical, high-level support to the Chancellor and President in implementing the strategic goals and objectives set forth by the Board of Trustees, and established key institutional leadership networks to guide the planning, designing, and coordination of policies, programs, and projects that impact the structural & programmatic operations of University divisions and units.

Hoang-Anh has over 15 years of experience in administration and academia, from theological education to legal education as well as Division I higher education, and previously worked at Syracuse University, Washington University School of Law in St. Louis, and Church Divinity School of the Pacific in Berkeley, CA. She has a bachelor's degree in arts and literature from Southern Methodist University, and masters of fine arts in creative writing from the University of North Carolina - Wilmington.

In addition to serving as an Advisor on the Board of NAAAP-KC, she currently serves on the Board of the Folly Theater, as well as the Education Committee of Kansas City Young Audiences, which oversees staff efforts to develop and deliver resources for unmet and emerging needs in arts curriculum & programming in school districts. She is also an advisory member of the KC Degrees Business Engagement Advisory Committee. 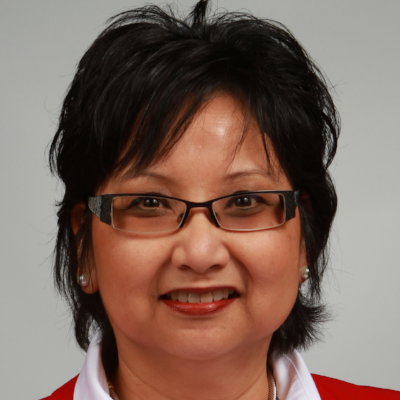 Lisa is Past President of the National Association of Asian American Professionals of Kansas City (NAAAP-KC). Since 2012, she has worked for Argus Health Systems, which is a subsidiary of DST Systems, Inc., as a Senior Project Leader. She received her undergraduate degree from Friends University and started her career in the utility industry, then managed air navigational aid programs for the FAA and airports around the world — and if you live in Kansas City, you must at least work for Sprint, which she did in their marketing departments.

Lisa grew up in Wichita, Kansas, and moved to Kansas City in 1997 with her husband and two daughters and currently enjoys her three grandchildren. She also enjoys volunteering for non-profit organizations centered on the fight against children’s cancer. She is also passionate about creating different wonton recipes and offers party platters for anyone who wants to bring something unique to an event.